Mutants In Mega City One - Lyrics

MCTV Newsflash - From their holes in cursed earth
The mutants crossed the chem-cloud burst
Nothing in their hearts but hate
Breaking down the city gates!

Mutie - My god, My brains exploding

Caruso Block Male Voice Choir - Try to hide you could not run away.

MCTV Newsflash - The city's being overrun by mutants.

Joe Norm - I am normal, not no juve, I am getting out of my cube
I am normal, I am clean, I'm not frightened and I won't scream.

Mutie - Don't be slow got to run, mutie coming with his gun! 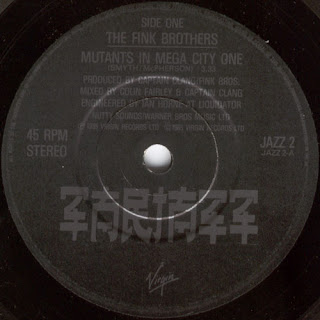